Designed as a comprehensive facilitated collaborative high-tech educational system, enhanced by apprenticeship, the Presidential IF award is credentialing for college and job applications.

Half of the world's population are in such dire poverty that 250 pennies is an entire day's income, for food, shelter, and all other needs. 80% of all humans live on less than $10 per day.

One in seven Americans live in deep poverty, and one in four minority citizens live in poverty.

One school of thought and political persuasion insists that if a person doesn't succeed, it's their own fault. Another theory insists the government should do more and can solve the problem by taxing the wealthy and giving the money to the poor.

The truth is plain, after many generations of social experiments: neither plan works.

What then is the solution?!

What Would Happen IF...

There truly was no solution until this generation. In our day, we can solve the problems of crime and poverty, as well as issues of natural resource, energy, environment, food, housing, and other issues critical to survival all in the same place:

In a world of $40,000 per year for a university tuition, there is a deep, deep need for some form of accreditation that is not a college degree. College is, for most, prohibitively expensive, incredibly time consuming, geographically challenging for many families, and far more social and political than is necessary for acquiring the information and skills to excel in the workplace. The "Mrs Degree" and a tee shirt with the school mascot are not the primary needs of most coming from financially-challenged communities.

Unlike 25 years ago, in our day anyone, with a financially achievable broadband connection, and without travel, can access Harvard, MIT, Coursera, Khan Academy, Great Courses, and other world-class education. And since, as an Economist Magazine published researcher has revealed, 300% more information is taught by the top 10% of teachers than the bottom 10% of teachers, the quality of the instructor is essential to the student's success. Unfortunately, the best educators often will never be willing to live in the communities that need them the most. And yet, for the first time in human history, the best 10% of teachers in the world, in every language, can be daily in the homes of every child and adult on the planet.

There's a vast array of different universities providing exceptional academic course work, but the missing element is a recognizable degree. Right? In the educational system dating back to before the 1600's, there is a certificate of completion known to all as a "college degree." And yet, in the new technology world of the 21st century, this verifiable certificate of completion known as a "degree" -- suitable for job applications and entrance to other university programs -- is dated, expensive, and far too "low density" when the social and political college pandemics are infused into the learning environment. What are the alternatives, in our technological age for the dated "you need a college degree" process of the past?

There are a lot of implications of all of this. For the first time in human history it's possible to get a top ten percent teacher from Harvard, MIT, Khan Academy into every home on the planet. It's possible now, and yet we’re not doing it. We're leaving everything up to the individual to figure out.

First of all, one must have inexpensive or free access to the internet. Even with access to the internet, one must then know where to look for the specific needs of a line of education. And after that, there is currently no way to convince a potential employer or other degree program that "I have an amazing education and am proficient in this area and that, with instructors from the best universities on the planet." To date, that would be an unverifiable claim, with an infinite variety of possible meanings to the interviewer. Thus, the time spent in self-guided or mentor-guided education does not have leverage in the marketplace and educational arena that it should.

Additionally, left to the whole universe of the internet, most folks, young or old, would normally be more drawn to NetFlix and Facebook than to anything educational. If there is no guidance and no defined possible outcome and credentialing, there will generally be a sense of wandering in the wilderness of life.

The Presidential Intellectual Fitness Award hopes to provide the tools, guidance, and mentoring to make this difference. It is an accredited pathway to education and mentoring.

We hope to evaluate educational systems and methods in public -private - charter - home - and mentoring schools and systems to bring about modern and high-tech upgrades for improved results.

There are many successful people from Google, IBM, and big technology and industrial companies who want to give back to the community, but don't have a way to do it. With the Presidential IF Award system of accreditation, there is a guided path to an "IF" Award accreditation: White Belt, Green Belt, Brown Belt, and Black Belt Achievements. In addition, in the Presidential IF Award -- facilitated collaborative discovery -- system of Education, RELATIONSHIPS are built with mentors, educators, and employers. There is a natural creation of internships and employment by community leaders building relationships with young learners and returning citizens, and those wanting to improve themselves. Students and their families join industry and community leaders in their homes for barbecues, sporting events, cultural events, and recreational outings. Sharing life and stories, breaking down unintentionally partitioned (but ubiquitous) social structures and shadow-judgments, to create true relationships are the building blocks of life and success. Diverse intentional strata-busting relationships are far more valuable to the success-outcomes of students, young and old, financially-challenged, returning citizens, or the middle-class, than any government mandate or subsidy could ever be. And, merely sitting in a factory-education "rows and files, lecture and repeat" environment has never been particularly successful in any era since it was designed to create assembly line workers 100 years ago.

In this generation, we know better, and can do better than that.

Five percent of every community is brilliant, regardless of their wealth or status or education (Gallop Research). However, know this: there are 5% of those currently lost in poverty, the oceans of humanity who have no access to "university" or job openings or "qualifications" who will never be able to demonstrate their brilliance or contribute the cure for cancer or water shortages or environmental toxins. In urban areas, in rural areas, in every nation on earth, 5% of the population can change the world for the better, or be lost to the future for lack of opportunity. Instead of changing lives for the better by their genius and creativity in science or technology or music or art, they will die young in crime or poverty or disease. Unless we act decisively. For the first time in human history, we have the tools to find and equip those human resources. We can now combine the technologies of Free Broadband for the underserved or vulnerable, with world-class educators in a mentored and collaborative creative environment, with the universally-recognized and verifiable Presidential Intellectual Fitness Award "IF" Credentialing for job and university applications. Add then, to that, the relational incubator and mentoring and internship apprenticeship model of the "IF" award, and now we can now bring world-class opportunities to that lost 5% -- currently over 6 million overlooked brilliant minds in the United States, and over 280 million brilliant untapped minds worldwide. Don't you suppose it is a moral obligation to use the tools now available for the first time in human history to bring the top 10% of educators to the best minds in the world, as well as the best way to solve the energy, social, crime, environment, housing, and food shortage issues that will avalanche down upon us in the next 40 years? 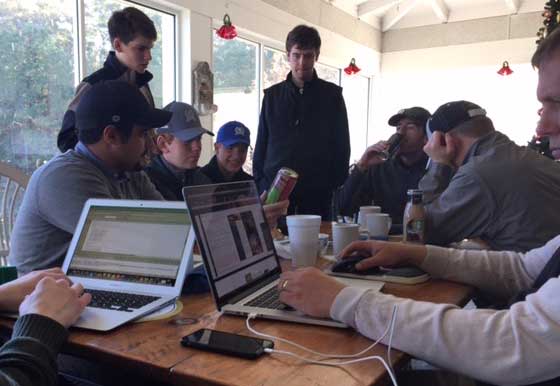 Statistical Proof of the Relational *IF* Education Model

Consider the 2000 to 2015 RESULTS of this Organic Educational Ecosystem Experiment. 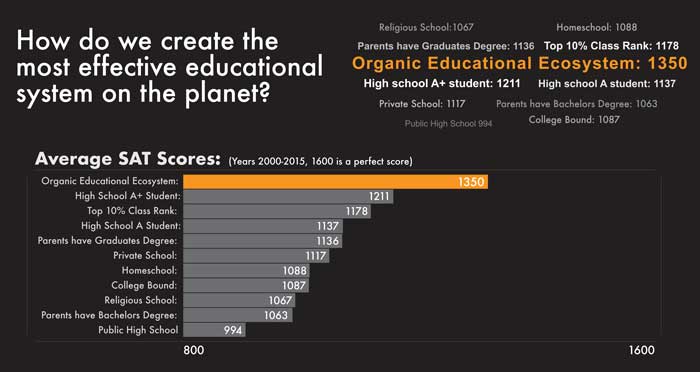 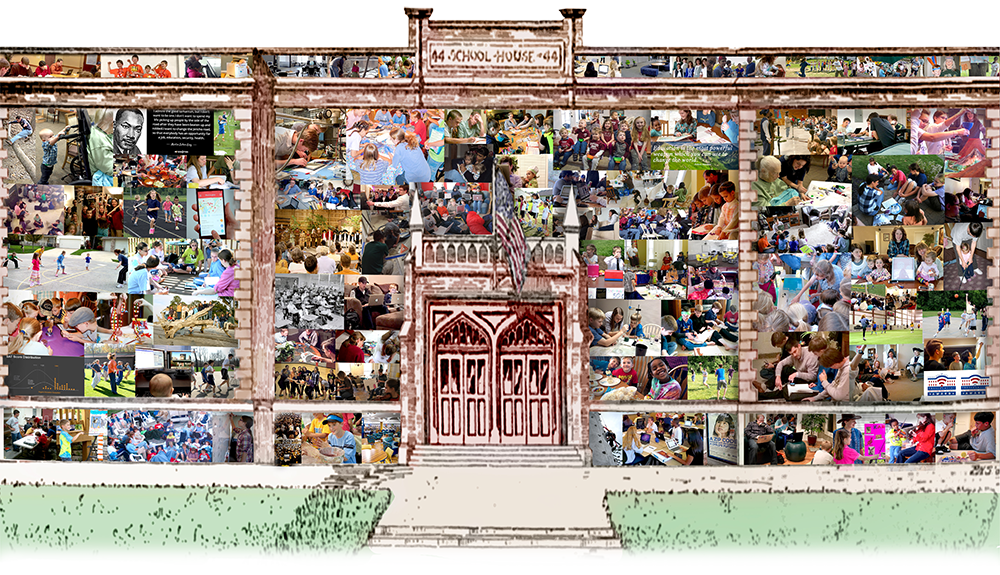 Tools for OpportunityCatalysts for Discovering the Five Percent.

Five Percent of the world is brilliant. Some never reach their potential due to poverty and lack of opportunity and tools.

For those under the 50% of Average Median Income (AMI)... (which is the 25% poorest people in America) 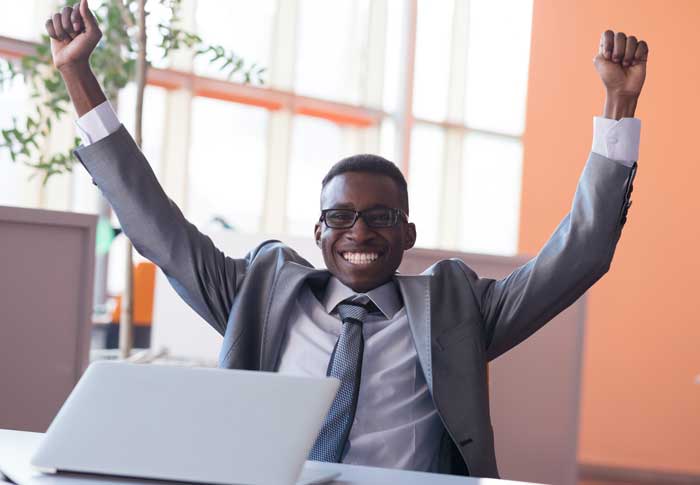 The Presidential IF Award will provide a flow of course work which results in accreditations based on levels of achievement corresponding to varying set standards.

Successful members of the community donate three hours a week of their time to people enrolled in the Presidential Intellectual Fitness Award program -- going into public schools, providing proctoring, or interacting with groups of people in their community. 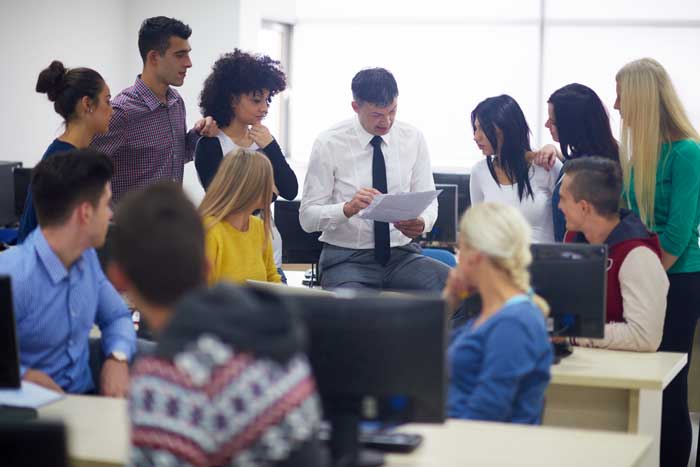 What Would Happen IF...Everyone was given a chance!

Let's Find Out Together!